It’s a good idea to remove the plate on the docking area (underneath where the phone would be). It makes it easier to plug in the adapters or have to sand/shave them less. You can easily pull it off with your finger nails (the plate actually has a couple of magnets to keep it in place, and two small plastic clips). 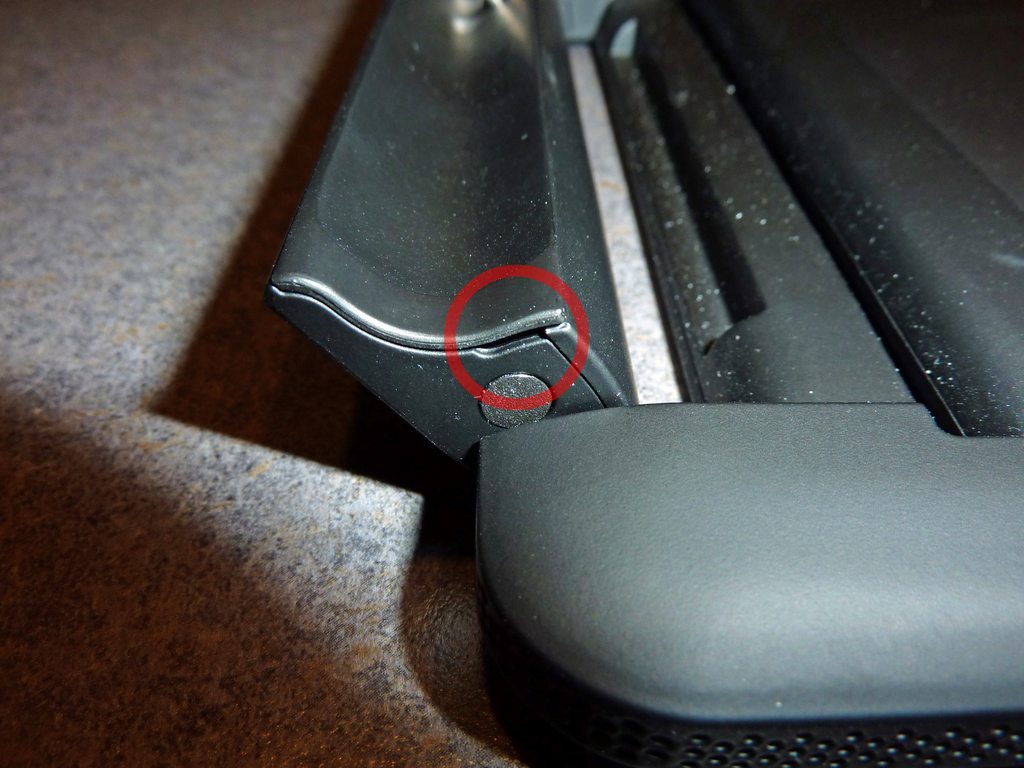 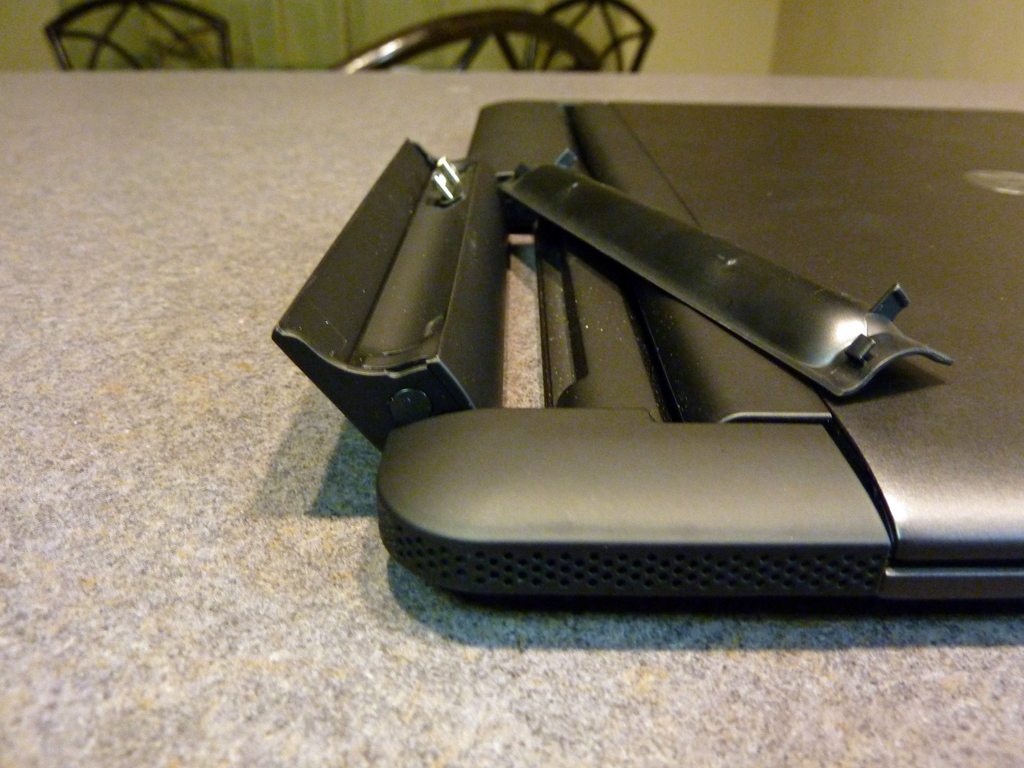 With a Nexus 4¶ 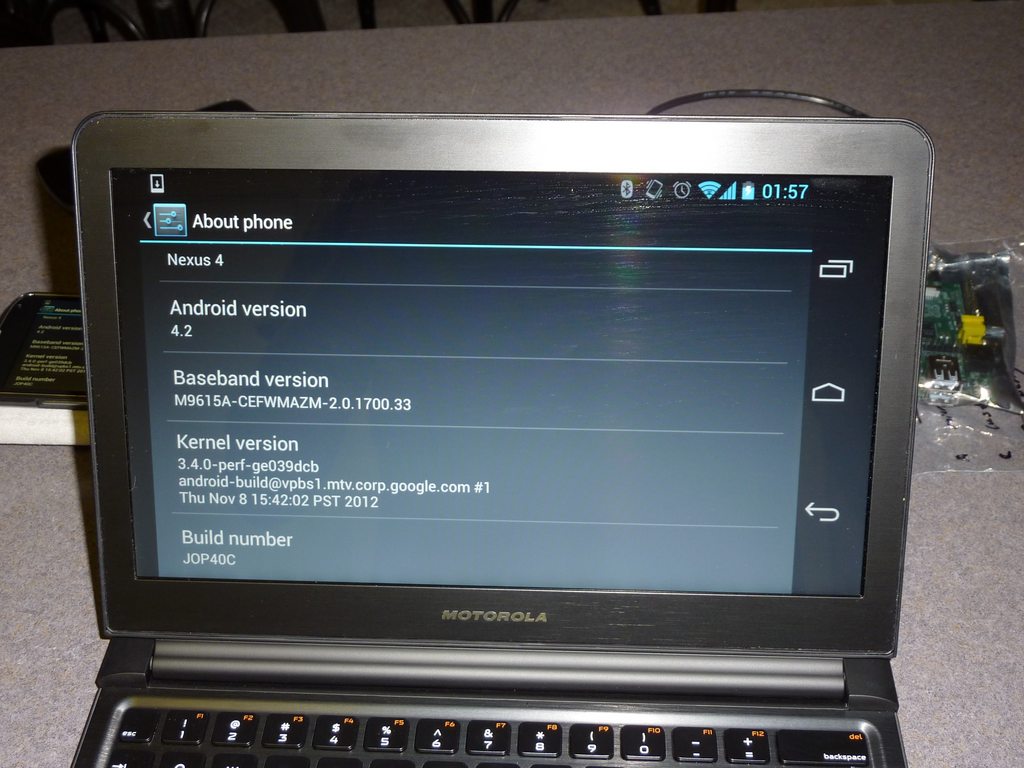 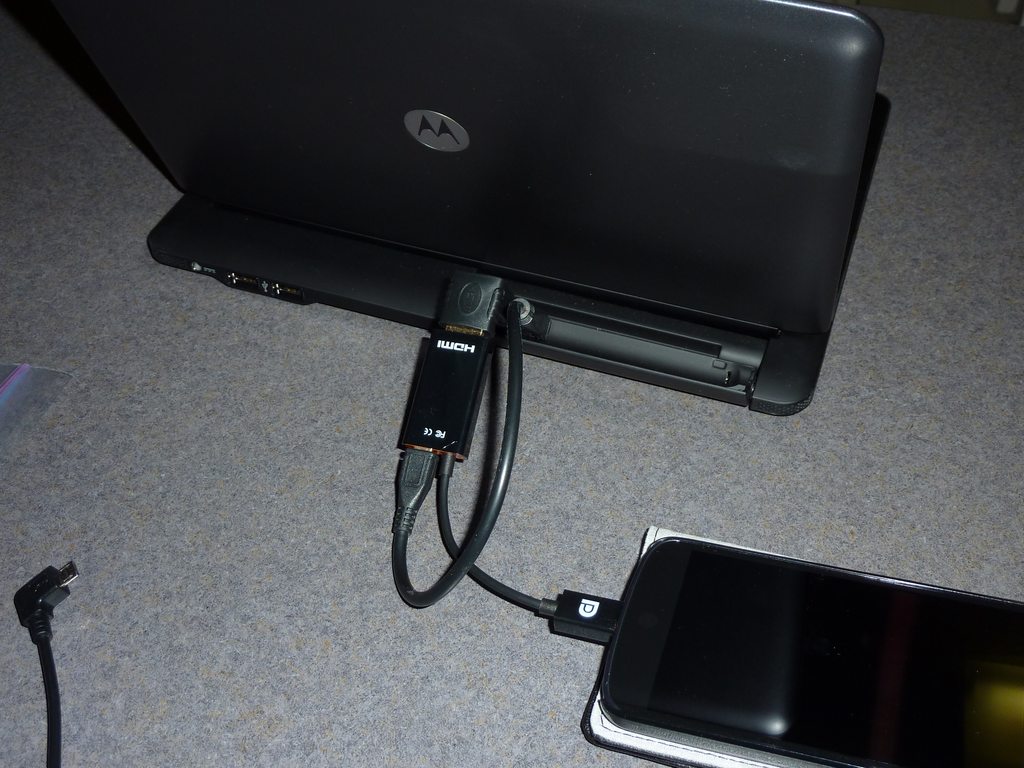 Using a modified kernel with OTG_USER_CONTROL set, I was able to get the Lapdock’s keyboard, mouse, and USB hub working with my Nexus 4! While I wait for my Miracast adapter to arrive, I had to put something on the Lapdock’s HDMI port to make it turn on, so I used a Raspberry Pi for now. Here are a few observations:

Ignore the Raspberry Pi in the images below, I’m just using it to trick the Lapdock into powering on. Notice the mouse cursor on my phone!

If you can see, I ran lsusb on the phone, removed the USB WiFi adapter, and ran lsusb again. Notice the shorter “paragraph” on my phone. Definitely working. 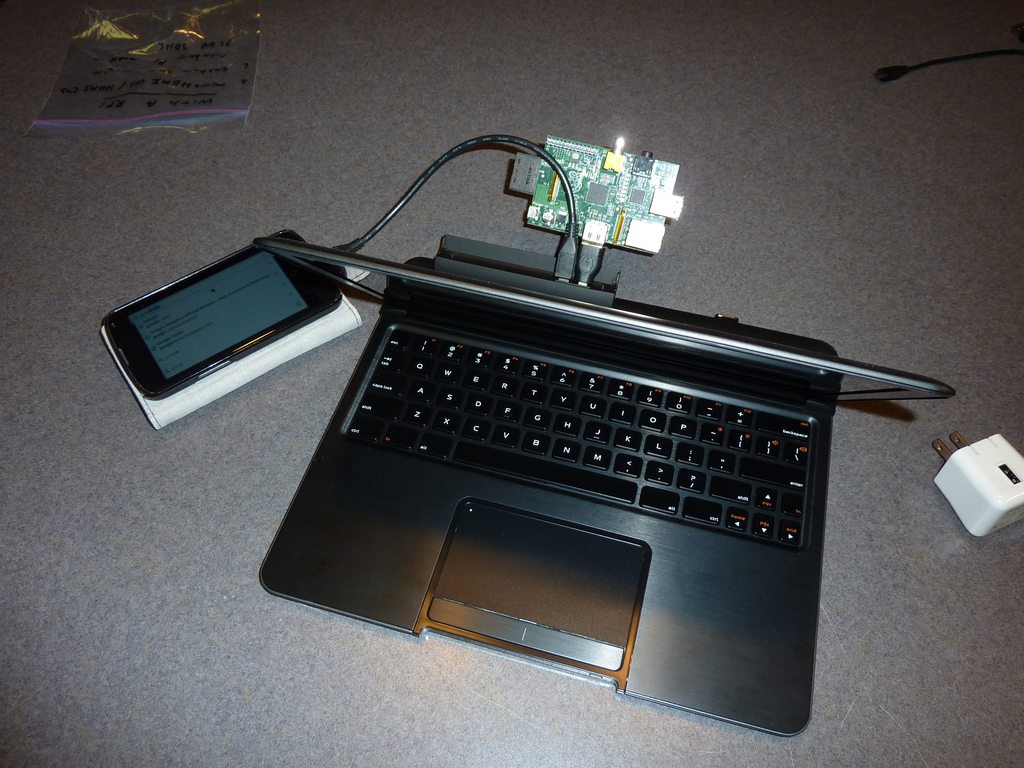 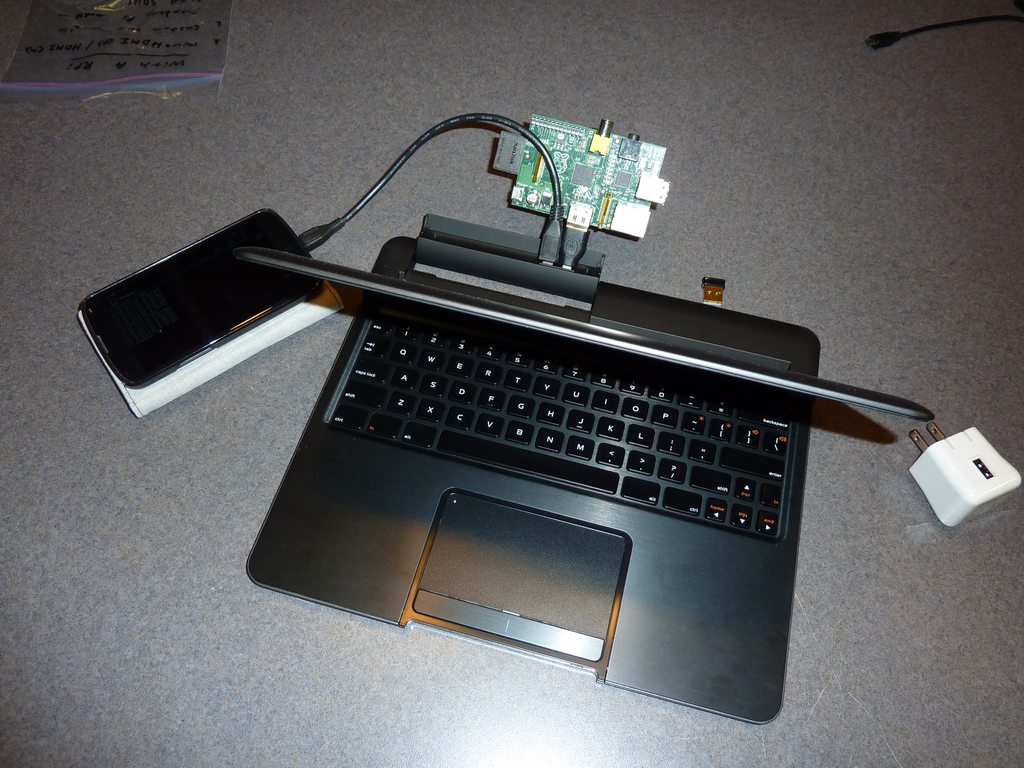 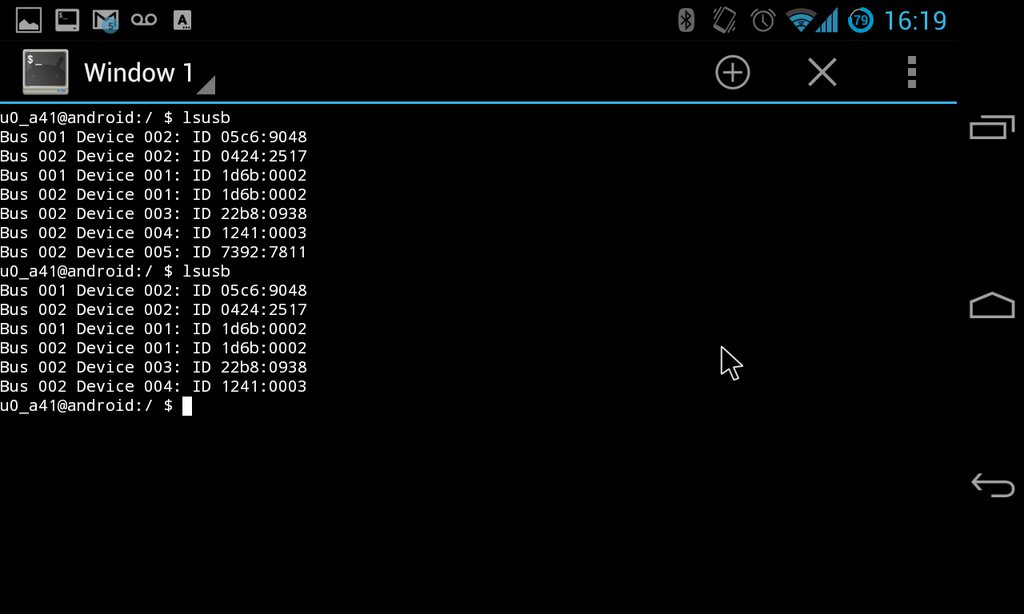 It works, but it’s not really pleasant. If we can get Keyboard/Mouse to Bluetooth working that would be much better.

The Lapdock works great with the Raspberry Pi, but with a few caveats:

The Raspberry Pi only supports power from its micro USB port, and the regular USB ports on the RPI won’t allow enough power through. So I had to splice another USB cable into the micro USB extension and route the USB data cables (green and white) to the spliced cable. 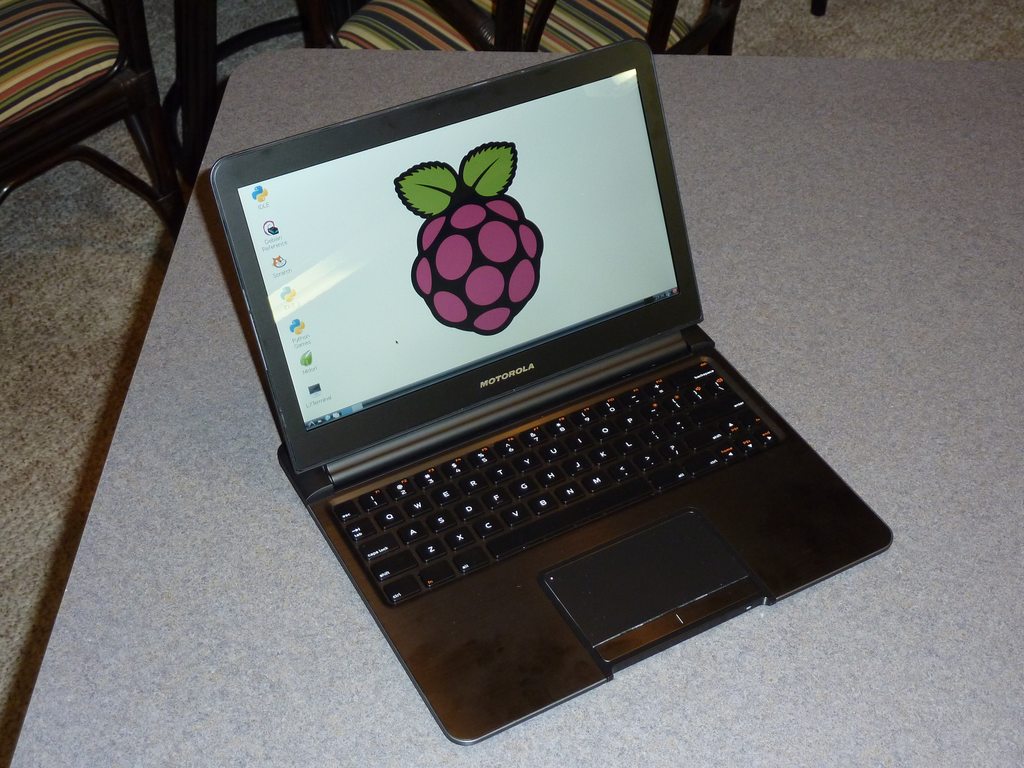 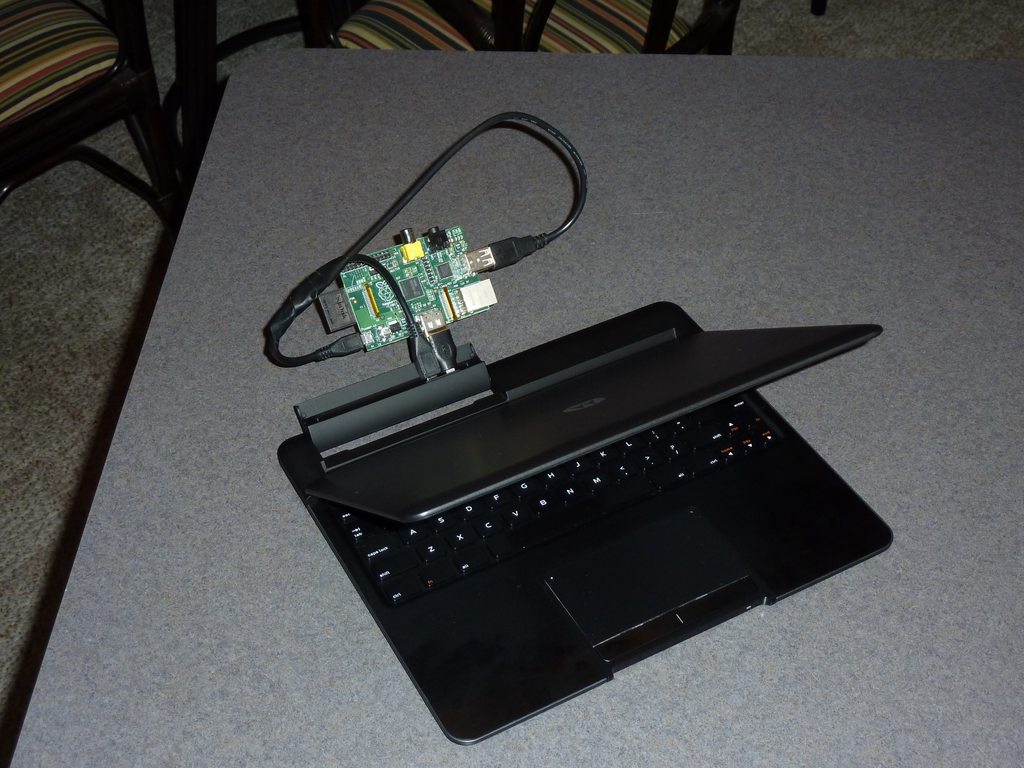 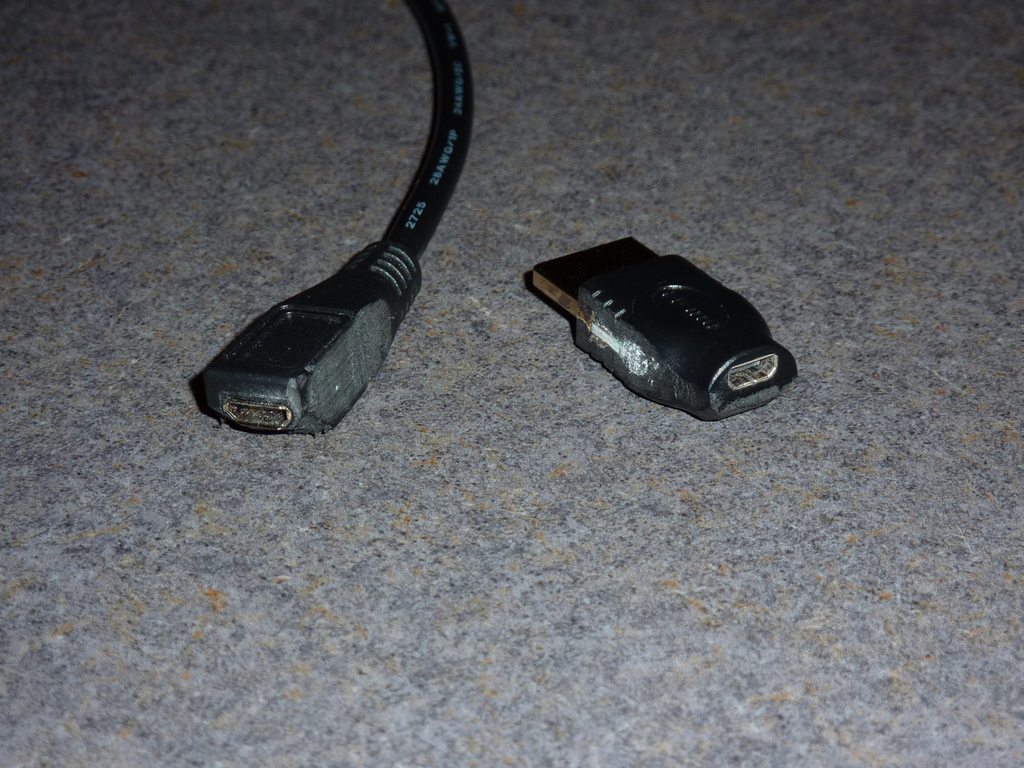 I can use the Atrix Lapdock as a secondary display for my laptop. At home my laptop is docked to two monitors, so every time I traveled I had to deal with a single monitor. Not anymore! Adapters used: 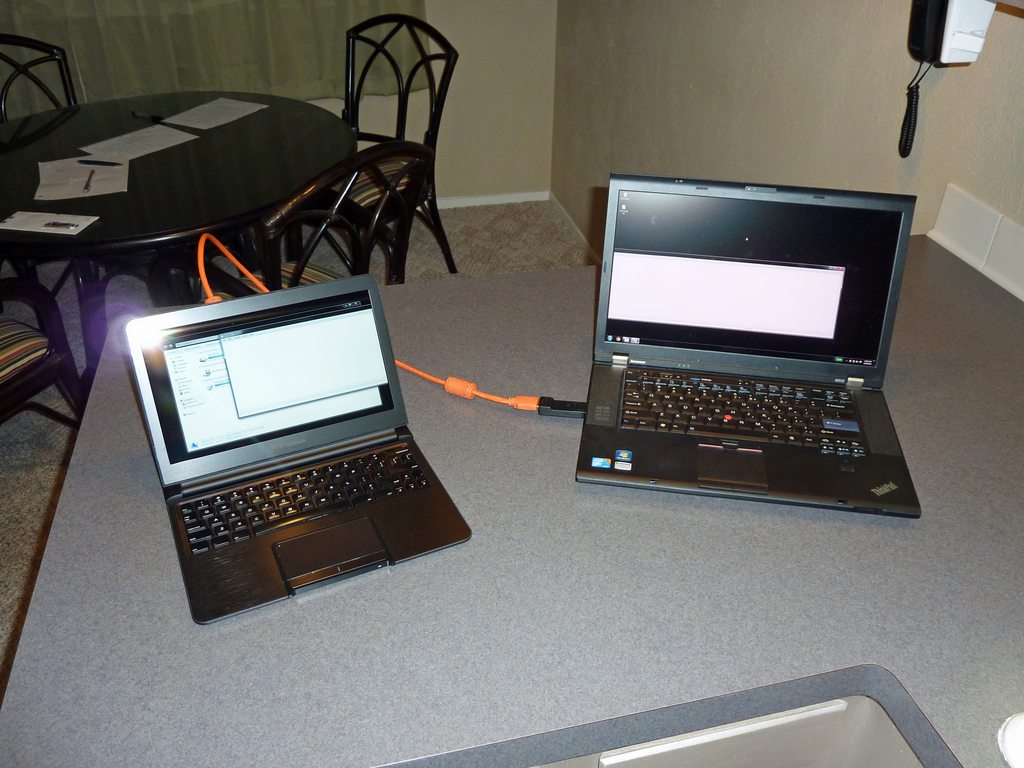 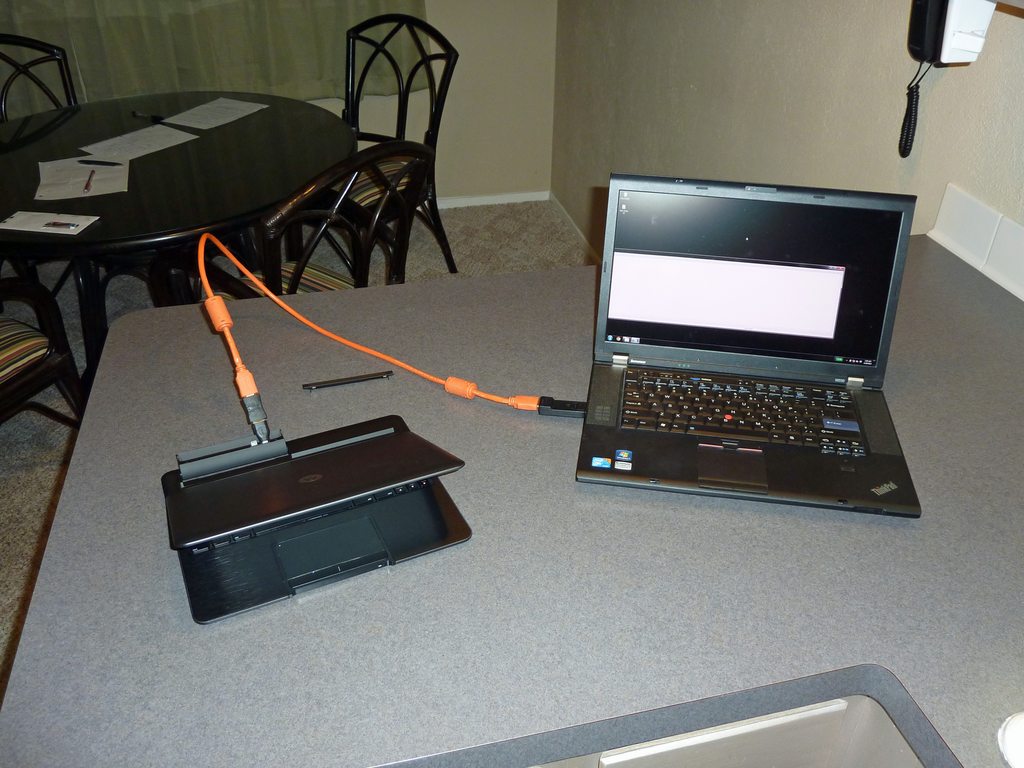 I don’t have a 360 or PS3, but I have a Wii and after I found an HDMI adapter I tried it with the Lapdock. Turns out it works just fine. The Lapdock takes care of changing resolution as long as it’s at or below 1366x768. Audio works too by the way. This should work just fine with the Xbox 360, PS3, or any other HDMI devices. Adapters used: 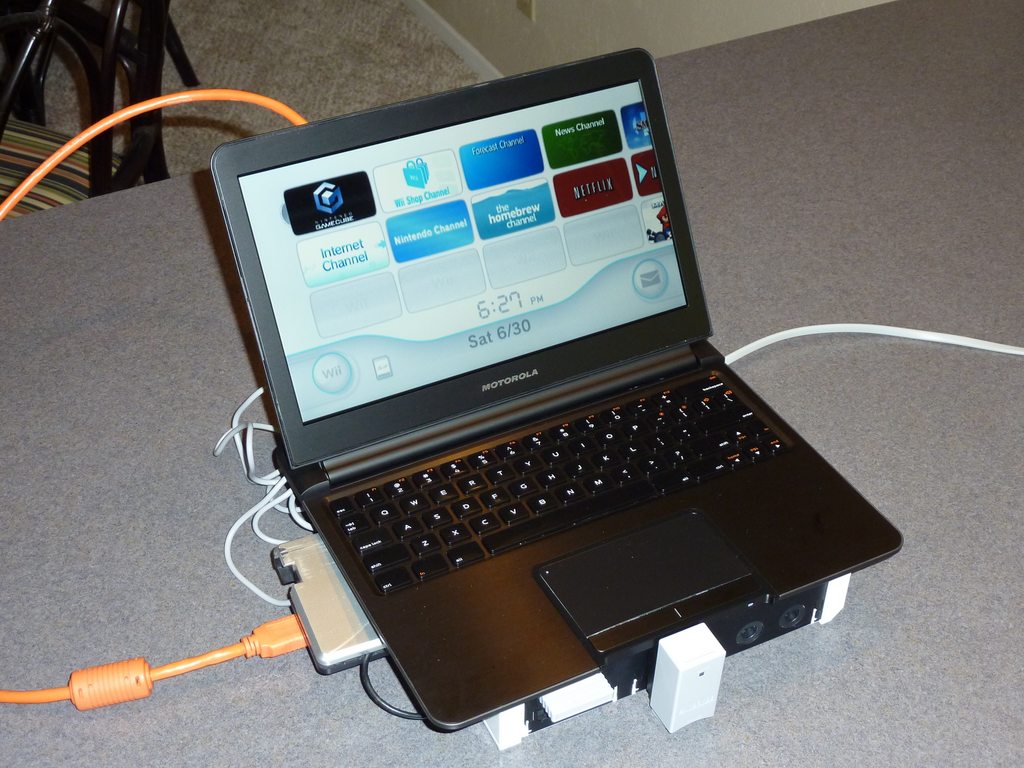 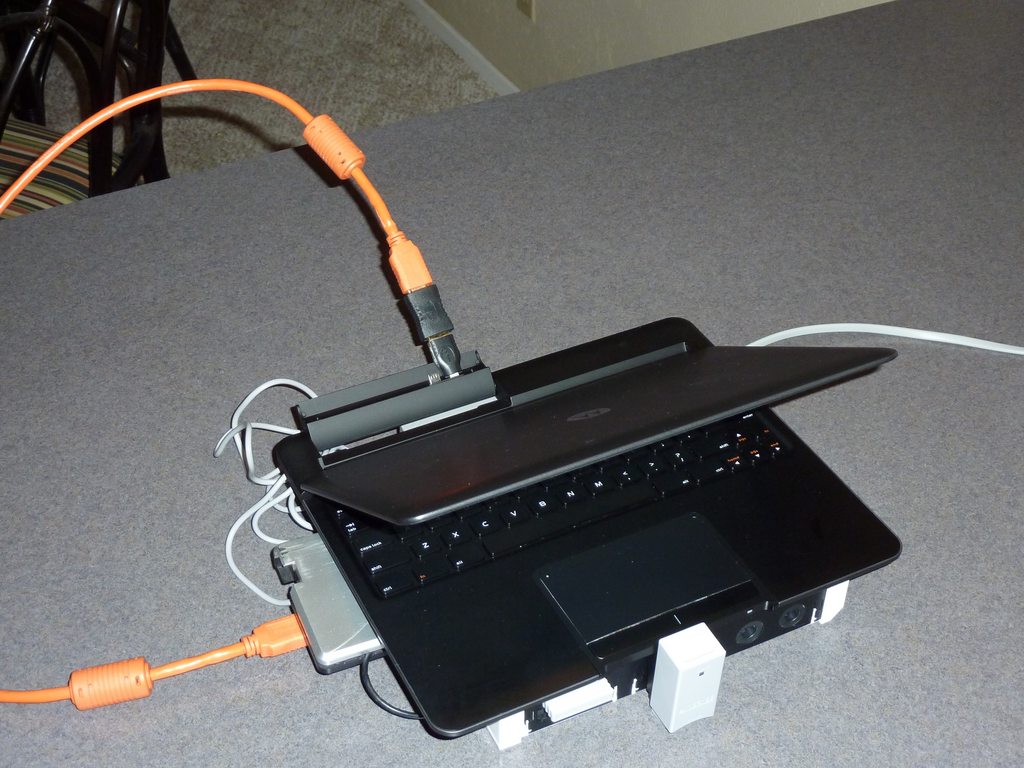 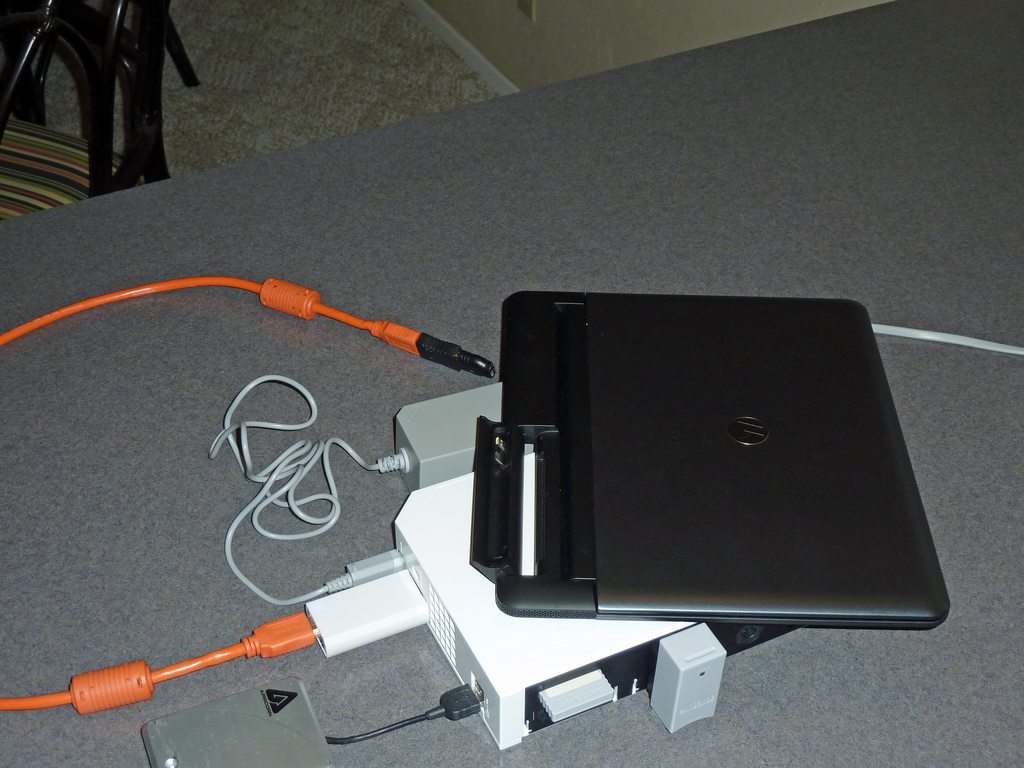